As a child, I think Easter was probably my favorite holiday. No, I didn’t receive presents like I did on Christmas morning. No, I didn’t get a bagful of candy after trick or treating in several nearby neighborhoods. No, there weren’t fireworks to light up the sky and M-80’s to rattle windows. I looked forward to Easter so much because I loved the Easter egg hunts at church, daycare, school, and home. My grandparents grew up on a farm and my grandpa tilled and planted a garden every spring, beyond the age when he probably should have. I also had a family friend named Ben who took his cultivating and gathering methods very seriously. For me, every morning or evening in their garden was an Easter egg hunt. With a bucket or sack on the ground beside me, while carefully lifting leaves, stalks, and vines with one hand, my other hand would be busy picking. 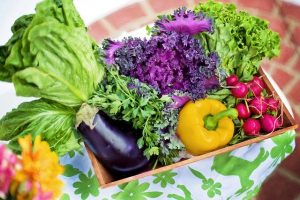 I remember being envious of people using tillers in the spring, or fall. As a boy in a small rural town, I was naturally drawn to machines and believed it would be fun to drive that wildly oscillating piece of equipment that so effectively brought up the deep red, rich soil the Piedmont of Virginia is famous for. As I grew a little older, I learned that play for children is often work for adults. Both my grandpa and Ben tilled their rectangular plots each spring and my grandpa simply planted his seeds or seedlings in (mostly) straight furrows. Ben, on the other hand, scientifically measured and staked out his rows. I wouldn’t have put it past him to utilize a transit level and theodolite.

In June, we started picking. Grandpa had bush beans, cucumbers, onions, green peppers, potatoes, tomatoes, radishes, squash, turnips, and zucchini. Grandma never did obtain her driver’s license in all her almost ninety years, and even if the garden wasn’t productive, she’d send grandpa (and me) all over Orange County delivering vegetables to family and friends. I remember many afternoons sitting at the small folding table in their kitchen snapping beans and throwing them into a gigantic pot that you’d need in a soup kitchen. The cucumbers grew so fast I’d go out several times a day. No matter how many large cucumber, squash, or zucchini leaves I pushed aside, I’d always miss a few. Grandma didn’t like the cucumbers too big because she’d fill wash basins with them for pickling and canning. Under their house, shelves were stocked as tall as me with beans, pickles, and stewed tomatoes. The radishes and turnips hardly made it out of the garden as grandpa would pull them up from the ground, wipe the dirt off on his pants, and take out his ever-present pocket knife to cut them then and there. Tomato biscuits were a summer staple. As for the onions… Grandpa ate peanut butter and onion sandwiches. They say some tastes are acquired, but I’m not sure where you’d acquire that particular one. People would lap up grandma’s fried squash like a kitten with a bowl of milk at its disposal. As a kid, I would be tricked into believing that zucchini bread was banana bread. It didn’t work for long, but that’s an acquired taste I enjoy now. 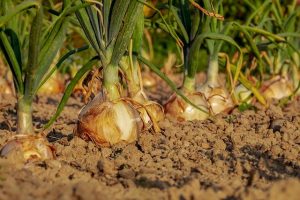 Ben lived in a ranch house on a corner lot in town close to the fire station. He probably gave away as much of his garden as my grandparents did of theirs, but it wasn’t transported in a vehicle. It was just an understanding around the neighborhood that if someone walked by needing something or saw something that caught their eye, they were welcome to take it. Ben’s garden was a little more diverse than my grandpas. He’d grow exotic pepper varieties, lay them out on a tin tray, and place them to dry on the dash in his old truck that we used to haul the canoe around. He made some mean Mexican dishes with ingredients from his garden. There was a thick bamboo stand adjacent to the little league baseball field beside the fire station that supplied the necessary materials for the tripod pole bean teepees. I had never heard of rattlesnake beans. Their coloration really didn’t resemble any pattern I’d seen on a rattlesnake, but they sure did grow tall. Even as an adult, I’d have to stand on the tip of my toes and stretch to reach the highest beans. The corn he grew was never very big, but it was always sweet. I never was an okra fan, but Ben grew plenty. He’s the only person I’ve known that’s grown Red Burgundy okra. Sometimes he’d plant shelling peas in the early spring and we’d pick them just before they were too big to become starchy. At the end of the garden by the road, the last row was always a full length of varying flowers.

My grandparents are no longer living and Ben has moved 150 miles away. He still has a garden, but I’ve not stepped foot in it. Unfortunately, or fortunately, depending on how you look at it, I live in an area where our entire property is shaded. I miss the fresh vegetables and the rituals that come with them. However, the memories I hold onto from growing up in the summer gardens will always remain.