When buying farm property in Virginia, it is important to keep in mind what you would like the land to do for you. Do you want to farm? Keep livestock? Grow produce for farm to table business? Grow hops and barley for a Farm Brewery? The options are endless when buying farm property in Central Virginia due to the robust climate and fertile soil. But many farms have started growing produce and raising livestock for those in the farm to table business. The term, “Farm to Table” has become quite popular over the last few years in Virginia due to the growing number of restaurants which acquire their meat, produce, and dairy through local farms.

A prime example of a Farm to Table business would be the new brewery Wood Ridge Farm Brewery which opened in August, 2016. Nestled in the foothills of Nelson County, Owner, Barry Wood has had this farm in his family since the 1800s. Wood Ridge Farm is set on 300 acres and has raised everything from tobacco, tomatillos, alpacas, catfish to currently Black Angus Steer, pigs, hops and grain for his Brewery. Barry originally owned a farmers market where he sold produce, fruit and other items which he grew but then realized he had ample land and great soil to start a malting business from his barley and grain. But he soon came to the realization that his farm property had much more to offer, a farm brewery where 100% of what he farmed could be used to make delicious craft beer. Wood’s termed his Brewery “Dirt to Glass” to showcase that everything made to produce the beer has come from the farm. Wood’s goal for his brewery is to use what he can from the farm to produce authentic Virginia Beer, from the spring water, grain, barley, and currently he is working with RVA Yeast Labs to develop a strain of native yeast to use while brewing. Barry Wood has also recently purchased a food truck to sell “farm to table” food items at this farm brewery where everything sold would have been grown on his land.

This is just a small example of what purchasing a farm property could turn into. A lucrative business where everything is “farm to table” or a successful winery which started as just a farm, such as Pippin Hill Farm & Vineyard.  Whether you want to purchase farm property to keep a few animals or build a luxury farmhouse estate, the options are endless when purchasing farm property in Virginia. Cheers and Happy Farming. 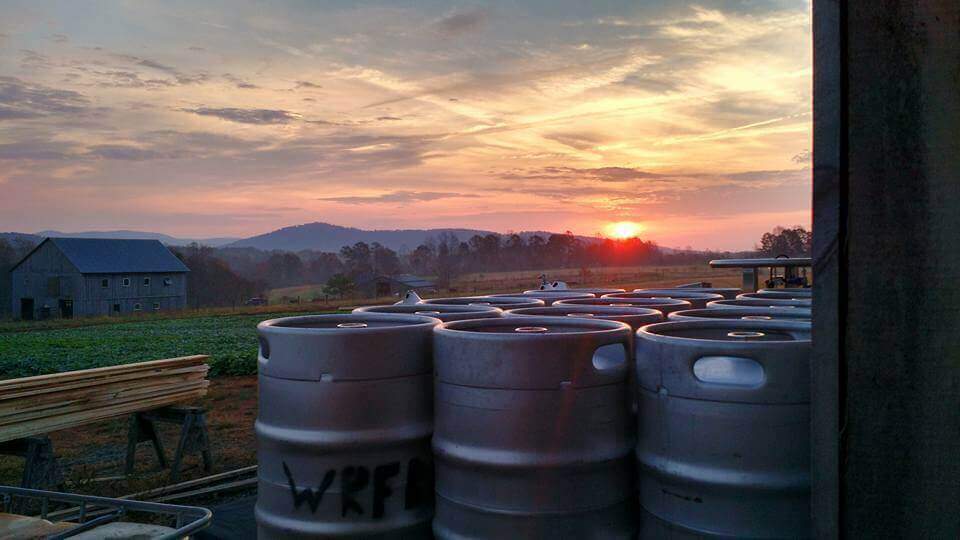